“Most people work just hard enough not to get fired and get paid just enough money not to quit.”

Whether you feel like one of the people Carlin is referring to or whether you love your job and would never consider leaving, you can’t escape the fact that job hopping is becoming more common.  Today’s workers stay at a job for around 4.4 years, according to the Bureau of Labor Statistics.  This may not sound too bad, however, it is projected that recent college grads could see that average drop even further.

It used to be the case that the appearance of “job hopping” resulted in your resume going into the circular file (the trash).  But all that has changed.  According to a recent article in Forbes: 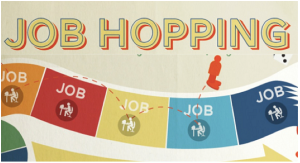 91% of Millennials (people born between 1977-1997) expect to stay in a job for less than three years … That means twenty-somethings could have 15 – 20 different employers over the course of their working lives!

The days of lifetime employment with a single company are over.  What does this mean for you? It means you constantly need to keep yourself ahead of the game, assuming that soon enough you might be on a job hunt.

In this article, I’m going to go over some strategies that help me reduce or eliminate downtime in between projects and can help you avoid an extended period of unemployment.

2. Prepare Now in Case Your Job Goes Away 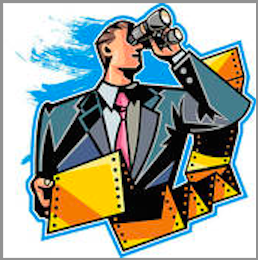 As a consultant, as soon as I get a new project, I start looking for the next one because I never know how long it will last. While you probably won’t be changing jobs as often as I do, you should still be mindful of available opportunities that you will inevitably need in the future.

According to the Bureau of Labor Statistics, There were over 130,000 workers laid off every month from April 2012 through May 2013!  While the economy is slowly getting better,  there is still a strong probability that your current job won’t last as long as you think. 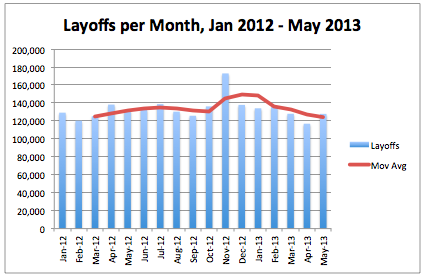 Almost every company in the world posts their open positions somewhere online and the larger ones have an intranet site where you can find openings before the general public.  Perusing this list every few months will keep you abreast of opportunities that you might be interested in down the road.  You may see a job that you’re just a bit under-qualified for now but with a little more time and a slight change of focus in your current role you could be a perfect match. 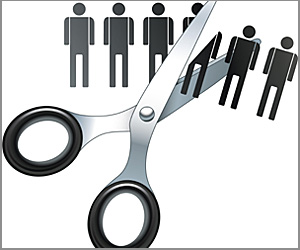 The total value of mergers and acquisitions in the U.S. increased 56% in the first quarter of 2014 versus the same period a year ago.  The only way most of these deals make financial sense is through serious cost cutting of overlapping functions.

What this means is that your job could be one of those that becomes redundant!

Don’t make the big mistake of ignoring your industry contacts after you score a new job.  A network is a lot like a garden; it needs regular care and feeding or it will wither and die.

A great way I found to maintain my network is to setup a schedule of reminders to reach out to everyone at least once a year.  This may sound like a tremendous task if you have a large network, but it’s not so large if you break it down.

There are around 250 business days in a year.  Reaching out to just one person a day, via phone or email, would probably be enough to cover the average person’s contact list.   If you have more than 250 contacts, increase it to 2 or 3 a day.  Or send out a group update or even a short newsletter to keep people informed and your name out there.

If you work for  large corporation, don’t forget to stay in touch with coworkers in other departments, divisions or even other countries.  They can make you aware of openings or new initiatives that may interest you.

Think About the Big Picture

Take a few moments to ask yourself these three questions:

If you continually assess where you stand and how well you are prepared for change, you can make better choices in where you choose to work, how long you work there, and who you reach out to for assistance.  And that’s a big step towards thinking like a consultant.

Emma Iskowitz contributed to this article.